What Is A Sub-agent In Real Estate? 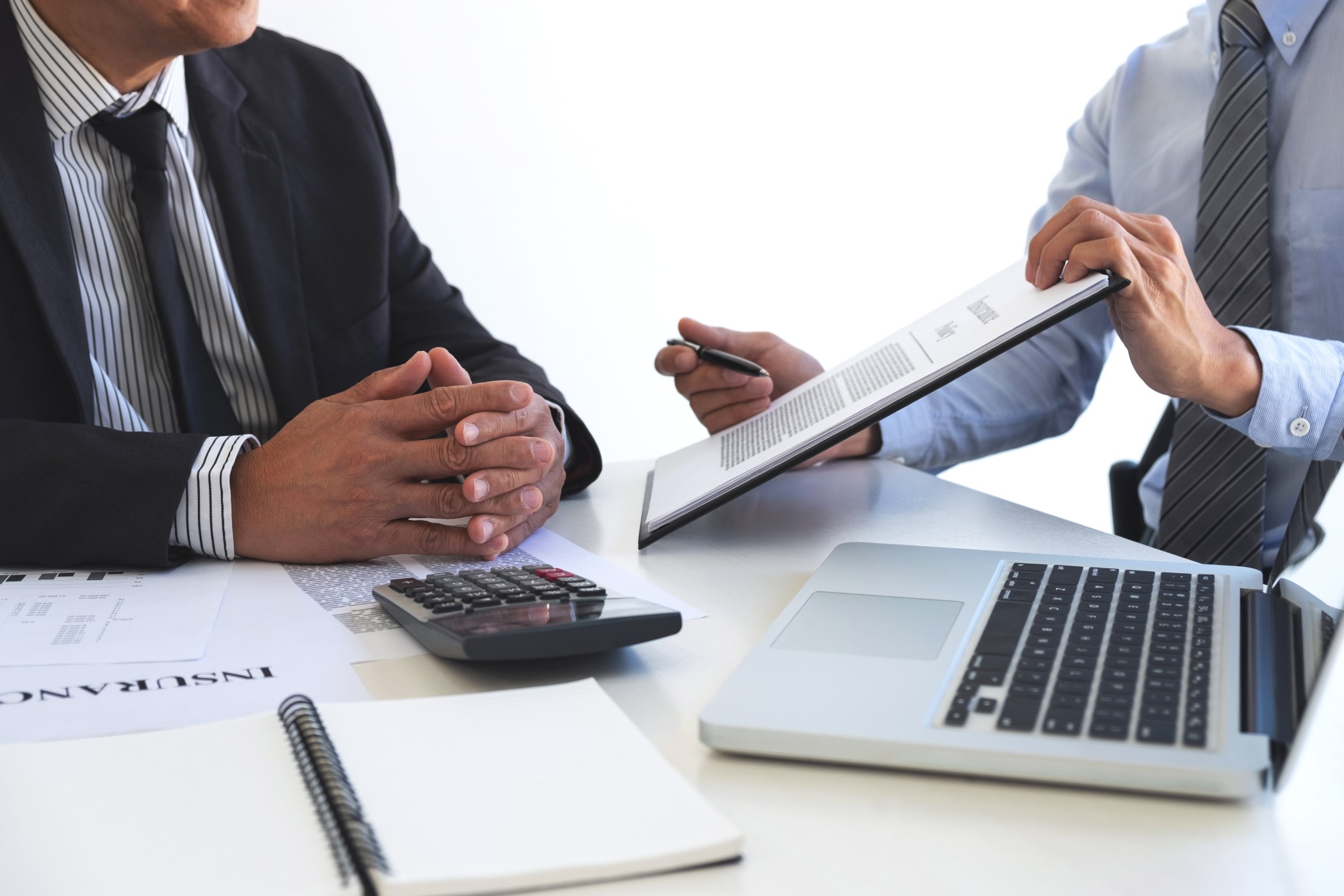 First-time and repeat home buyers may find it challenging to understand the terms and abbreviations used in the real estate industry, making it difficult to sell or buy a property. A sub-agent is one of the unknowns in this scenario.

While we’ve all heard of real estate agents, have you ever heard of sub-agents? If you haven’t, continue reading out guide on What is a Sub-Agent in Real Estate?

A licensed real estate agent or firm that another person or firm has appointed to represent them as sellers in a real estate transaction is a sub-agent in this context. For example, a real estate broker is a subordinate agent and acts in the agent’s place.

Because the sub-agents work under the supervision of an agent, they are responsible for all interactions and transactions with prospective buyers and sellers. Due to this, the establishment of a fiduciary duty becomes necessary.

What is a Sub Agent: The Fiduciary Duty

In the legal world, a fiduciary duty is a promise or requirement that someone entrusted with a mandate over something must act honestly and with integrity on their behalf. This is the relationship between the sub-agent and the agent in this case.

A legal obligation exists between the parties to act in their mutual best interests. Unless otherwise stated, the sub-agent is the fiduciary tasked with the responsibility.

The beneficiary, or principal, is the other party to whom the sub-agent responds.

Key Point: All agents, whether sub-agent, principal-agent, or substituted agent, are bound by fiduciary obligations.

The fiduciaries’ responsibility is to account for their losses if they violate the contract. Even though they played no role in the mistakes, the principal is liable for them.

When two people agree to collaborate on a project, a fiduciary agreement should be signed, and both parties should acknowledge their fiduciary responsibilities in writing.

Additionally, there are fiduciary responsibilities to the buyer or seller, which include the following:

Unless ordered by a court of law, all information exchanged between the two parties should be strictly confidential.

The money and finances belonging to the client entrusted to the sub-agent must be appropriately accounted for and used as planned.

The client and the principal should expect the sub-agent to be obedient and refrain from engaging in illegal activities.

Both the principal and the client must share a sub-agent loyalty. There should be no use of information to their advantage, and no other interests should take precedence over those of the client and the principal.

Characteristics of a sub-agent

What is the best way to tell if an agent is a sub-agent as a home buyer?

Before you can answer the question what is a sub-agent, do you know how to determine the difference?

In most cases, you wouldn’t be able to tell whether your agent is subject to the directives of another agent within or outside the same company unless you looked carefully.

There may be tell-tale signs, such as business cards or direct information from the sub-agent, indicating that they are representing or working for someone else, which can be identified.

As a home buyer, you can question whether you have the right to refuse to deal with a sub-agent.

The most effective method is to sign a contract with the listing agent and agree not to work with their sub-agents. If you have a problem with your sub-agent, you can reassign it to another representative.

An exclusive contract is a type of contract that can be signed to ensure that you work with only one agent from beginning to end throughout the entire process. If there is a point of agreement between the two parties, you both sign the document for a set period to formalize the agreement.

A sub-agent in the real-estate industry

If you are buying or selling a house through a sub-agent, you may not be able to refuse to work with the agent.

Did You Know: There are several benefits to proposing a cash offer on a house? Read more here, where we outline the key advantages for both buyer and seller.

You should always check with the principal company’s regulations to see if the sub-agency is legal.

Hot Tip: You should also ensure that you follow the proper procedures in your transactions.

What is a sub-agent: Why are they uncommon?

Don't worry, there are not many people who know the answer to what is a sub-agent simply because they are really uncommon.

Transactions involving a sub-agent are virtually unheard of these days for various reasons. Even though it may be more convenient to have someone assist you with your transactions, this may not always be the best option.

The sub-agents responsibility is to report to the agent, who is responsible to the principal. The hierarchy must be followed when a sub-agent is used in a transaction.

As a result, the principal does not have direct control over the sub-agent, posing a significant risk to their company’s reputation if something is discovered to be a mistake or omission. In addition, this is risky because the law is frequently involved in preparing legal documents and the transfer of ownership between the two parties.

Definition: Vicariously liable is when a person who hires an agent is held responsible for that person’s actions.

The homeowner may still conduct transactions through communication or confirmation with the original agent, even if a sub-agent is assigned to them in certain circumstances.

Sub-agencies are not permitted in some states. Uncertainty can arise when dealing with an agent representing someone else in the business world.

Because the earnings are based on commissions, the sub-agent may decide to raise the prices to create a profit window for themselves.

There is also a duty on the part of the sub-agent to the principal-agent.

Sub-agent vs. a substituted agent

The authority granted to an appointed agent to act on behalf of the principal-agent in the transaction is referred to as a real estate agency. When the agent reports to the principal, they are considered to be under their authority.

The principal may be a representative of the agency or the agency itself. Moreover, because they represent their employer’s brand, real estate agents are held liable by the company they work for.

Extra Information: Do you dream of becoming a real estate agent? Check out the guide for some extra tips and figure out just how long the process takes!

How do they come about?

We will look at the Latin maximums to better understand the difference:

Put another way; it means that someone who does something through another is responsible for the other person’s actions.

When translated, this means that no delegated powers can be transferred to another party under any circumstances. This is true unless the agency allows it to happen or it’s a common occurrence in their business environment.

What is a Sub-Agent: Sub-agent VS Substituted agent

When attempting to determine the answer to What Is a Sub-Agent, there are various factors to consider.

The principal cannot give directives to the sub-agent directly; instead, the commands must be routed through the agent.

Whereas a substituted agent is directed and assigned by the principal in all aspects of the job.

An agent can only appoint a sub-agent per the nature of the rules of the real estate company in question. It is only possible if the agency permits delegation of authority to third-party agents.

A substituted agent is appointed by the principal when the agent in charge of completing the project requests that the principal appoint a different agent.

This is most common in situations where the agent cannot complete the project due to a lack of necessary skill sets, such as when a real estate attorney is required to handle legal issues in the transaction.

The principal is responsible for paying the substituted agent directly.

In contrast to the substituted agent, the sub-agent can’t sue or be sued by the principal directly.

However, if there is a legal violation against the principal or the sub-agent, the rules may differ.

In the event of a dispute or miscommunication, a substituted agent is liable to the principal, whereas the original agent is not.

What’s the main difference between a sub-agent and a sub-agency?

When a third-party acts on behalf of another party at their request, this is a sub-agency.

Ready To Move Forward And Sell Your House?
Fill Out The Form Or Call Us At 256-488-4055
Explore More
« What Is An Encumbrance in Real Estate?
Mortgage: How Does Collateral Affect my Mortgage? »
Can you sell your house to the city?