When Does Deer Season End in Alabama? 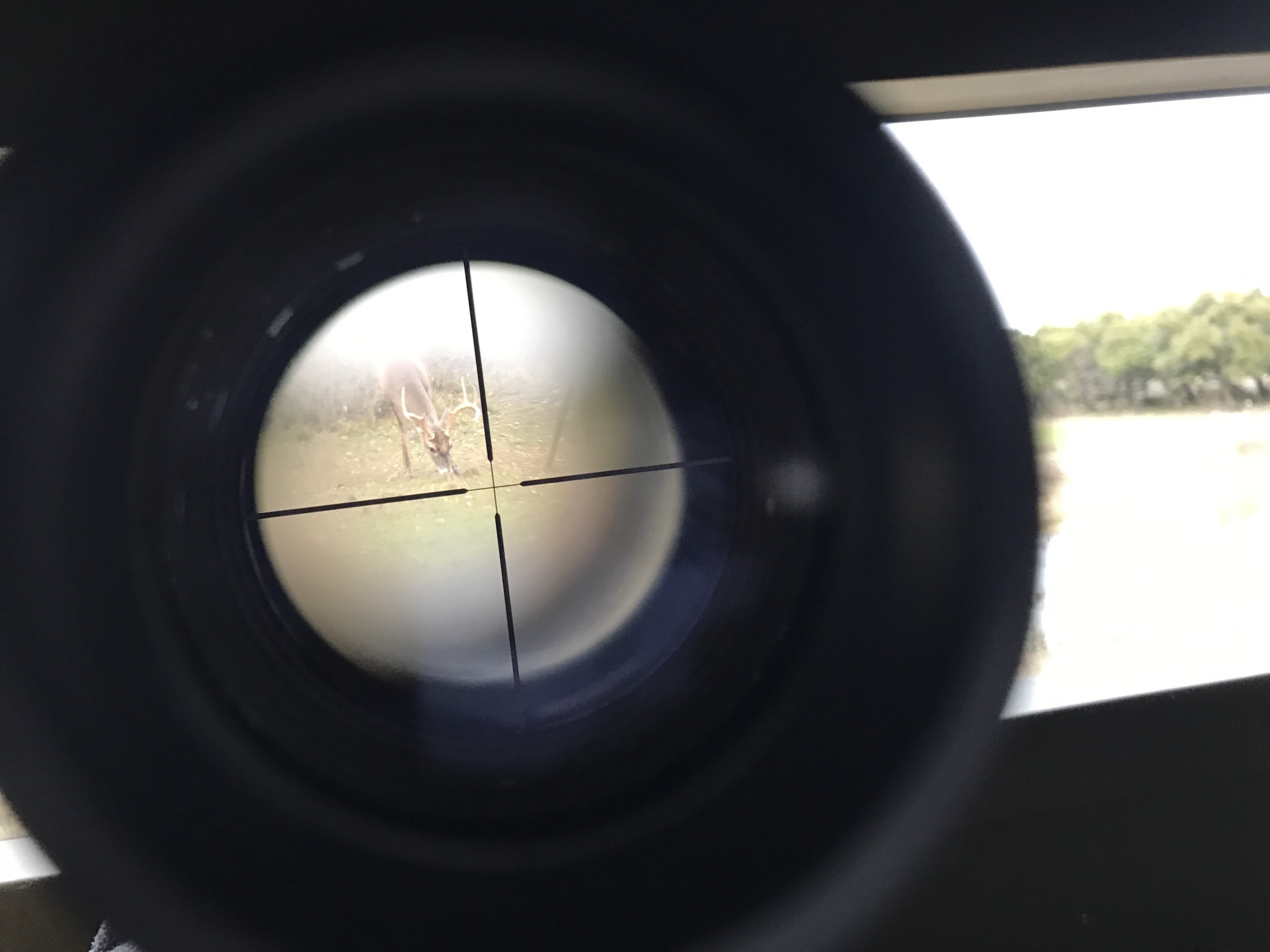 There are more than 1.3 million acres of public hunting lands in Alabama, and the seasons and bag limitations are among the most relaxed in the country.

Over 721,574 acres of property are managed by the Alabama Department of Conservation and Natural Resources Division of Wildlife and Freshwater Fisheries. Public hunting is available, but you may also hunt privately by utilizing natural features like marshes and ponds.

Hunting White-tailed deer is the most popular sport in the state of Alabama. There are around 180,000 deer hunters in rural Alabama, and their activities amount to more than 4 million man-days of hunting time each year.

Annually on August 31, Alabama's hunting and fishing permits expire. Several retailers around the state sell licenses, as well as online at outdooralabama.com. Every year's harvest is different, although hunters regularly kill around 300,000 deer.

Continue reading this article to discover when deer season ends in Alabama!

Unantlered deer are all deer without one or more antlers showing above the natural hairline.

Bucks with antlers must have at least three points on one side except for the particular youth hunting days in which any antlered buck may be taken. For more information, click here

One per hunter throughout all combined bonus buck hunt days will be permitted to be taken from a chosen collection of WMAs on particular hunt dates shown on the WMA map. These must then be authenticated at the WMA check station by WFF officials.

Various hunting zones govern Alabama deer hunting. Deer season dates differ in each one. For most hunters, the archery season starts on October 15.

Hunting strategies like stalking or using dogs might affect other archery, rifle, or muzzleloader seasons. Make contact with the Alabama Department of Conservation and Natural Resources (ADCNR) if you have any questions about the season.

Hunting for whitetail deer in Alabama is organized into five distinct hunting zones by the Alabama Department of Conservation and Natural Resources. Certain counties can have three of the five hunting zones in the state. Where you live in the state, you may be subject to different rules and regulations.

Except with a permit from the Department, dog deer hunting is prohibited in the following areas:

Regarding U.S. Army Corp of Engineers (USACE) Properties in Alabama, the unique muzzleloader, air rifle, and unantlered deer seasons are permitted the same as privately owned or leased lands in those counties, provided USACE does not further limit.

Be mindful to examine USACE laws regulating hunting activities and boat ramp usage before hunting USACE-governed areas. Special Permits from the USACE may be needed, and specific USACE locations are prohibited from hunting.

A holiday does not exclude dog deer shooting on Mondays, Tuesdays, or Wednesdays; The Piney Woods/Ivory Mountain Area is off-limits to dog deer hunting because of the following boundaries

Statewide (including all privately owned, leased, and open permit – public land (except Wildlife Management Areas). The same legal guns and ammunition apply as in Deer season, in line with Rule 220-2-.119.

Hunt the Rut in Alabama

A buck's activity level usually rises in the days leading up to and throughout the mating season as he searches for receptive does. Adult bucks in Alabama's long deer season have a better chance of being seen and harvested because of these guys' greater mobility.

Download the Alabama Rut Map to help you plan your hunt this year if you want to learn more about when rut activity often happens on Alabama's WMAs, SOAs, or throughout the state.

50 Yard Restriction from a Public Road

A centerfire rifle, a shotgun utilizing slugs or shot bigger than number four (4) shot, or a muzzle-loading rifle cannot be used within 50 yards of the right-of-way of any public road, highway, or railroad: 40 calibers or bigger.

Deer hunters will feel the effects of this new rule. Any activity to harvest a deer using a weapon or shot specified above is prohibited inside the restricted 50-yard area. The State Legislature approved the legislation to address safety problems.

A hunter education course is required for all license purchasers (16 and older) born after August 1, 1977. There are a few notable exceptions: Alabama's APOST certified officers, active-duty military, and citizens actively serving in the state's National Guard.

Hunting education may be obtained in two ways: in-person, usually in a conventional class, or online. The in-person hunter education training is free, but the online course providers demand a fee.

One hundred percent of the price goes to the course provider to pay for the cost of creating and maintaining the online course. Students must be ten years old or older to participate in hunter education.

The option of acquiring a "Supervision Required" hunting license is available to people born after August 1, 1977, who have not yet completed an authorized hunter education course.

This form of license necessitates that the hunter is under the direct supervision of a fully licensed adult hunter while in the field.

Hunters under the supervision of a fully licensed hunter 21 years or older must be under standard voice control and not be more than 30 feet away. The person in charge of supervision must never hold a "supervision necessary" license.

It is prohibited to hunt, trap, catch, harm, kill or destroy any wild game on another person's property without having in possession the written authorization of the landowner or person in charge.

The land is split into two categories:

During open season, only daylight hours (30 minutes before official dawn time to 30 minutes after official sunset time) are legal hunting hours for resident game birds and game animals, including deer.

Migratory game birds and ducks are as indicated for each species. Wildlife may only be hunted during daylight hours during the open season, except species with specific season dates, such as foxes, raccoons, opossum, feral pigs, coyotes, and alligators.

Unless they're hunting foxes, raccoons, or opossums at night or turkey or migratory birds (including crows), anyone hunting wildlife must wear an outer garment.

The garment must be above the waist with a minimum of 144 square inches of hunter orange or a full-size hunter orange hat or cap during the dates and areas open by regulation to gun deer season.

A hunter will not be required to wear a Hunter Orange vest for the following circumstances:

The hunter orange must be worn while walking on foot between an operating enclosed vehicle and exempt stand when the distance is more significant than a straight ¬distance of twenty (20) feet.

Importation of live deer and elk is prohibited in Alabama.

It is prohibited to import any live member of the deer family (Cervidae), including deer, elk, ¬caribou, moose, etc. This is our strongest protection against illnesses that might ruin Alabama's deer population.

To deter people from bringing live Cervidae into the state, lawmakers raised the maximum punishment from $250 to $5000 in response to public outcry.

If you learn of any live deer being moved inside the state of Alabama, please get in touch with the Division immediately at GAMEWATCH (800) 272-4263. Any deer or elk corpse brought into the United States must be deboned and the antlers cleansed of any spinal cord or brain matter before entering the country.

Alabama's deer population is a critical element of our natural resources. When it comes to hunting for fun and profit, white-tailed deer reign supreme; this herd, under appropriate care, has the potential to produce top-grade deer.

This herd must get protection from sources that might cause damage. This is partly why deer from places other than Alabama cannot be imported.

Everything that makes a deer itch and worm-ridden goes with it when it's transferred. Provisions such as "health certificates" do not assure that animals are disease-free.

CWD and bovine TB outbreaks in other sections of the nation in recent years show the validity of such prohibition. CWD, often known as the importing of deer, has been prohibited in several other states lately or is now being considered by many other states.

Alabama maintains a statewide network of hunting, fishing, and shooting venues for those with physical limitations.

There are no obligations to preregister the fishing and shooting facilities, but individuals utilizing the hunting sites must be authorized in advance, ¬including verification that they fulfill disability restrictions.

Users must be legally licensed and obey all laws and regulations. Call (334) 242-3469 for extra information.

Is there deer hunting in South Alabama in February?

South Alabama's deer hunting was almost nonexistent before the state introduced a February deer shooting season. Once deer season goes out each year on January 31, you may notice pre-rut activity with scrapes and rubs starting to develop in south Alabama.

When does the Alabama deer season begin and end?

Although specifics can differ depending on the hunting zone you're in; the following is a general outline of when the Alabama Deer Season will begin and close: When: November 6, 2021 – February 10, 2022.
**Season dates vary by zone and antler/unantlered deer.

Ready To Move Forward And Sell Your House?
Fill Out The Form Or Call Us At 256-488-4055
Explore More
« Tree-T-Pee Shark Tank Updates 2022
How Do I Talk to a Live Person at Alabama Unemployment? »
Best Homebuilders in Huntsville Alabama