What is a Variance in Real Estate? 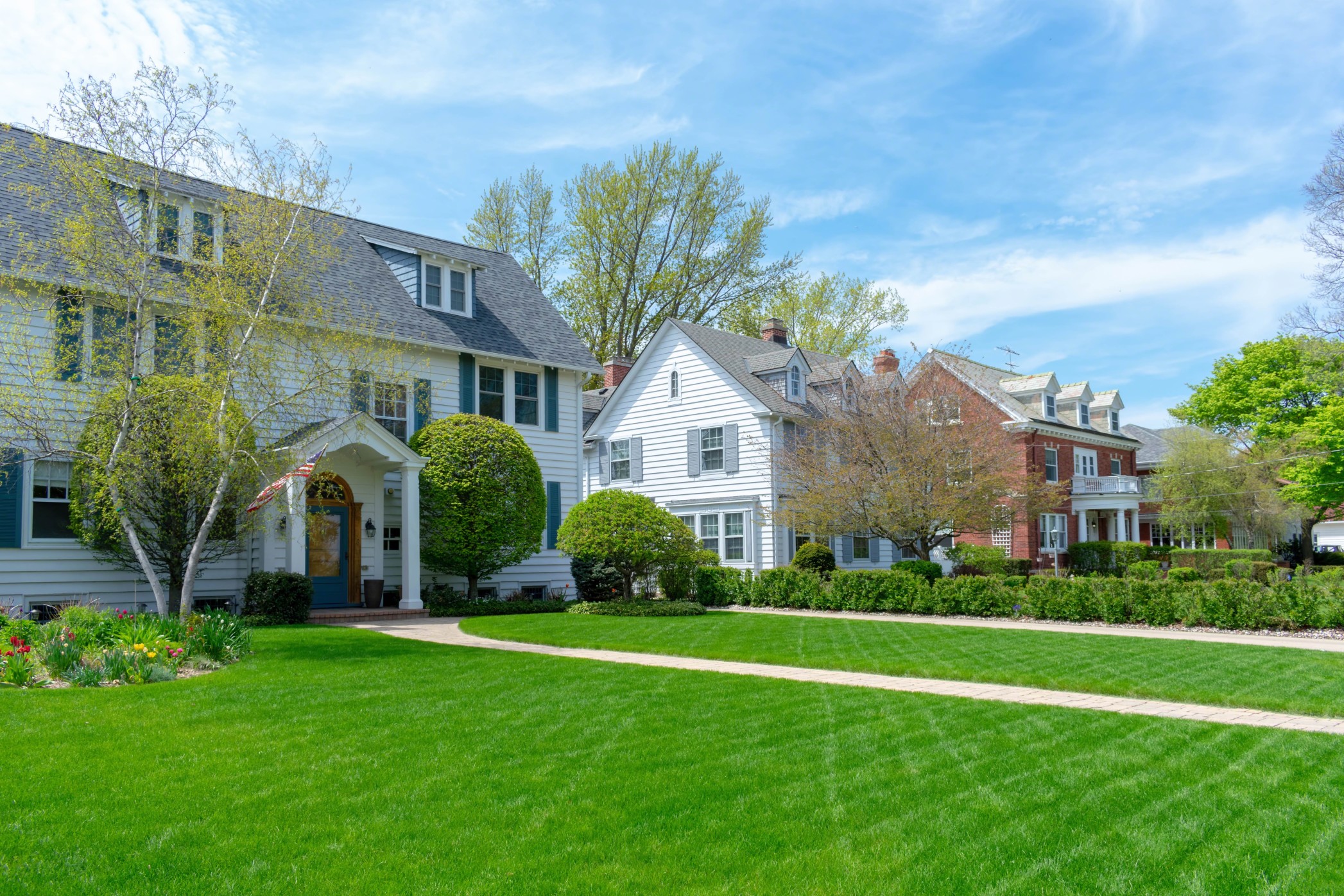 The real estate sector is growing and will continue to grow due to technological advancements and our ability to construct innovative structures.

Being aware of the specific terminology such as sub-agents, steering, or collateral will help you get grips with the real estate world.

Consequently, some setbacks must be overcome when trying to achieve a goal in an area where the subject project cannot be completed due to local zoning laws.

This does not rule out the possibility of completing the project in the future because there is a way to bypass or receive special permission to proceed with their goal.

So, continue reading our article to further understand what variance means in real estate and how it can help your end goal.

In a given area, there is a manner in which properties exist side-by-side, and buildings are utilized by their occupants or investors. Let's take an example of an ideal town model.

The inner part is the busiest part of the town, being the central business district (commercial zone), followed by the industrial zones, and further, the residential zones.

Zoning ensures that the market value of the real estate in a specific area continues to appreciate or remain stable, rather than declining over time. For this to be possible, zoning laws are in place to restrict the construction of specific projects in a given area.

The land use of a specific area is controlled by laws that establish guidelines that permit or distinguish between different land-use types.

When building, you need to get the necessary building permits to allow your project to continue. Government agencies give a building permit to meet local building and zoning rules.

Your building plan should be included when applying for a building permit. If zoning restrictions are not followed, you may face the consequences of legal requirements.

Investors seek a variance to proceed with the project in a location that violates zoning laws and building regulations. Once the variance is granted, the project can proceed to completion.

As a result, variance can be defined as an exception to the standard zoning regulations of the governed area in which it occurs.

Encumbrances are restrictions placed on a piece of real estate that restrict or prevent the use of the property. Encumbrances may be imposed as a result of legal or local requirements.

Their circumstances are analogous to those that call for variances, except that they are used to sidestep zoning laws and building codes. This raises the question of whether a variance can be used to get around encumbrances.

Encumbrances are generally defined as anything that prevents using or selling a good or service. This is the term used to describe the inconveniences that result from them, such as zoning laws, which are restrictions or covenants in nature.

👀Delve Deeper: Do you know what a conveyance is? If you don't check out our guide that explains in more detail!

How does a variance work?

Variance applies only to one specific case. Once granted, it does not change the zoning laws unless the laws themselves are changed.

It is subject to the land given even when the ownership changes. Suppose a previous landowner was granted permission to construct a chicken coup; the variance will remain on the property even if the new owner demolishes the structure.

A variance may impact the project and the positioning and distance of the house from the road; however, it can be appealed. This said, there are conditions to be met before one can apply for a variance.

💡Key Insight: For instance, if the law requires that a home be a certain distance from the road if a homeowner has a marsh or swamp in their back yard, they may file an appeal to have an exception granted.

Given that a variance is, in a sense, an exception from the established local regulations, certain conditions must be met to obtain one. Otherwise, zoning and building regulations would be meaningless in a given community.

To obtain it, you will need to demonstrate several factors, including:

The project at hand is proving to be difficult for avoidable reasons.

If we go back to the previous example, you might have to spend a lot of time and money building a foundation in a marshy area while keeping the water out because the law requires that buildings are set back from the road a certain distance.

The project difficulty is unique to you and not the surrounding land or neighbors.

Because your property is on a slope, you may need to raise your front fence higher than the law allows to protect your property from the public's gaze. A variance to raise your fence may be granted if the slope problem is unique to your situation and not your neighbors across the street.

If granted, the neighbors will not be bothered or will be okay with it.

You may require a variance to construct a one-story house in an area where ground-level houses are the maximum height permitted by law. Your neighbors may be inconvenienced as their privacy may be invaded, so they may not be pleased with the change.

🔐Key Fact: As mentioned, you may require a variance to build a one-story house in a specific area but some housing developments such as Planned Unit Developments may also be subjected to zoning regulations.

Variance applies to the physical aspects of a piece of land and how the property is used. This being the case, there are two types of variances:

With knowledge of the types of variances, you will know which one to apply for in your project.

This variance applies to changing how the land is supposed to be utilized according to the current zoning laws. They often go against the zoning codes and mix them up, like industrial, commercial, and residential.

They are harder to acquire and may include:

According to zoning laws, this is a variance to change the physical limitations of a piece of land or property.

They are more common and are often used by homeowners. Some examples include:

How to Apply For a Variance

Variances vary locally from state to state, and their application methods may differ due to the local zoning and building laws. However, there are common steps that generalize the application processes.

The first step is to put your concerns in a document. This is done through an application form and payment of the required fees.

An application may be a tedious process because you have to satisfy the conditions for getting the variance for your application to be considered. These are concerns affecting;

You may talk to a local attorney about the local zoning guidelines to help you fill out the application form.

After the application, wait for its approval. The concerned board may approve or not approve the variance based on whether it meets the criteria.

If you get the permit, you're clear to go. If not, you can appeal to another based on the decision.

How to Appeal for a Variance

The appeal is made in a court hearing on the zoning issue.

The affected neighbors may be asked to express their thoughts on the variance and how it may affect them in the future.

🔥Hot Tip: You can defend against your claim by listing the inconveniences you'll have to deal with and their long-term consequences if the variance is not granted.

There are various circumstances and reasons that may hinder land use. These include zoning laws and policies that may be bypassed through variances or other methods.

Zoning regulations are not static and are subject to change over time. One thing that may have been acceptable under the law regarding land use may no longer be a source of concern.

An individual may apply for a change in some zoning laws with the assistance of engineers and attorneys who will assist with the change in zoning regulations application.

This request asks for permission to use the land for reasons denied under current zoning laws; the land had been previously used for the same before the restrictions were put in place.

The government has the power to use private property for public use. If the landowner is left with limited land use after taking it, they may apply for an eminent domain.

What is the importance of zoning?

Zoning also has the effect of promoting or slowing the rate of growth or urbanization of a location. The development of a business or industrial zones may spur population growth due to the influx of customers, employees, investors, and other businesses into the area.

Furthermore, the presence of zones helps to maintain the value of a property in a given area. Consider constructing a factory next to a residential neighborhood; the value of homes in the neighborhood will depreciate as a result.

Is there a penalty for not enforcing a variance permit?

The answer is a resounding no. Although it has been approved, you are free to refuse to use it without facing legal consequences unless the local law states so.

Occasionally, you may need to apply for a variance, such as building a higher than permitted fence, before you can proceed. However, when you begin to construct the fence, you may find that the required level is acceptable.

Ready To Move Forward And Sell Your House?
Fill Out The Form Or Call Us At 256-488-4055
Explore More
« What is a Planned Unit Development in Real Estate?
What is Birmingham, Alabama Known For? »
Can you sell your house to the city?