10 Most Affordable Places To Live In Alabama For 2022 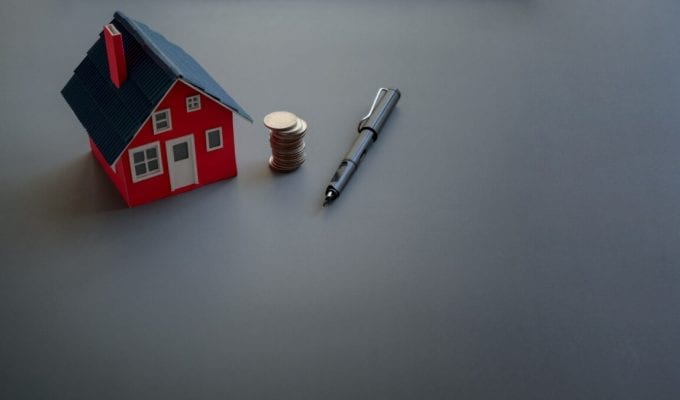 One of the great things about Alabama is the wide range of options for those looking to find a permanent home. Whether renting or purchasing, it offers options for every budget - and the cost of living differs significantly from one place to the next.

However, due to the not stable economic situation in 2020 finding an affordable place to live became a quite difficult task.

As housing prices require a good salary and general goods and services continue to rise, it seems that affordable living may be a thing of the past.

If you are looking for the best places to live in Alabama check out our previous blog post.

Fortunately, there are several other cities in Alabama that qualify as affordable. Using data, a list of the most affordable places to live in Alabama was compiled.

Appearing on our list of the "Most affordable places to live in Alabama" are:

Lincoln is undoubtedly the most affordable place to live in Alabama. With a population of 6,600, Lincoln is the fastest-growing city in Talladega County, Alabama.

The city prides itself on being an innovative, diverse, and dynamic municipality committed to improving the quality of life of all our citizens. Here you can meet different housing styles to meet any market demand.

Lincoln is one of the best places to buy a home based on the house price-to-income ratio that is 1.7x, while the income-to-rent ratio is 77.2x.

The city's residents, who had an average age of just under 42, were older than most Alabama cities. The overwhelming part of the dwellers drives their own vehicle to work, while public transit isn't used, only relatively few residents walk to work.

Meanwhile, looking at job functions, many workers in these industries are in sales, making it the best career path in the city.

Second on the list of the "Most affordable places to live in Alabama" in Tuscumbia, a small town in Alabama and the county seat of Colbert. The city's population is just under 9,000. Some of its most popular attractions include the Alabama Music Hall of Fame and Ivy Green.

The city's population is significantly younger than most cities in Alabama.

There are three main industries in Tuscumbia: manufacturing, healthcare, and retail. Together, these areas of activity make up one-fifth of the city's total workforce.

It should be noted that more than half of the residents own their own real estate. This is a great place for people who are looking for the vibes of a big city with small city life.

Third on the list of the "Most Affordable Places to live in Alabama" is Russellville. Located in northwestern Alabama, Russellville is the county seat of Franklin County with approximately 10,000 residents.

The city is famous for its annual Watermelon Festival, which showcases live music, entertainment, car dealerships, and arts and crafts.

Besides, not far from the city, there are lakes, rivers, and national forests, and music enthusiasts have an opportunity to enjoy world-famous recording studios, museums, and theaters. Here, families with young children are widely prevalent.

Russellville workers bring in an average annual income of about $41,658 and the median home value is $93,700 for 2020. 58% of residents own their homes, therefore renters tend to be in the minority in Russellville.

However, renting remains an affordable option, though, as the city boasts a relatively low average rent of $588 per month.

Hamilton, with a population of approximately 7,000, was founded as early as 1896 and is now the county seat of Marion County, Alabama.

Many residents are employed in healthcare, manufacturing, and transportation. With an average travel time of about 25 minutes, ahead of most Alabama cities, Hamilton residents are well aware that commuting doesn't take too long.

The low cost of living and affordable homes also attracts families and new couples to the area. Renters in the city receive a relatively low average rent of $ 530 a month, which is $ 276 a month less than the state average.

The unemployment rate is 6.5%. Its house price-to-income ratio is 2.5 x, and its income-to-rent ratio is 73.1 x. Going by this ratio we have placed Hamilton fourth on our list of "Most affordable places to live in Alabama.

With numerous renovation and revitalization projects underway in the area, Hamilton is a great place to live.

Hartselle, also known as the "city of southern hospitality", is considered one of the largest cities in Morgan County with a population of nearly 15,000. In the charming city center, you can find antique shops, barbecue cafes, and quaint hotels that include a bed and breakfast, while outside the city you will enjoy parks and wildlife reserves.

Life in Hartselle is attractive because it offers residents a suburban rural mix, and most own their own homes. The median household income in Hartselle is $ 59,482, and the cost of a home is on average $ 137,600 in 2020. The unemployment rate is relatively low, at 3.1%.

Hartselle is a great southern place to visit where people can enjoy a laid-back simple life. The high rating of school systems, low crime level, and friendly behavior of every citizen prove that Hartselle fully justifies its reputation.

If you're looking for a place in Alabama that is super affordable and where you have a better chance of getting a good job, look no further than Hartselle.

Clay is a small cozy town located in the suburbs of Birmingham with a population of 9,653 people. Clay's spirit is truly unique and reflects strong community connections, caring parents, and protection of natural resources, including beautiful mountain scenery.

This city in Jefferson County is a great place to live for those working with a tight budget as it has some pretty good deals for rentals despite only 16% of residents renting a house.

In fact, clay provided all the opportunities for its citizens to live, including easy and affordable living in its corner of Alabama.

Glenoe is the seventh most affordable place to live in Alabama and might be the most patriotic as well! Glencoe, which is known for its patriotism, is located in both Calhoun and Etowah counties.

It is a small but significant community with quality schools, attractions, economic viability, and affordable and practical residential development.

Much of Alabama's natural beauty shines through in Glencoe. On the Coosa river, you can go sport fishing, boating, and enjoy the magnificent views from the riverfront houses. T

he area has seen an increase in residential development, and new subdivisions offer a wide range of housing opportunities.

Glencoe offers its residents a safe, friendly community where they can work, live, and play.

Attalla, established in 1870, is situated in Etowah County and is known as “The Gateway to Northeast Alabama". The eighth most affordable place to live in Alabama is one of the cities included in this list, which is located closest to the airport.

In Attalla, homeownership is more common than renting, but renting remains an affordable option, and the city boasts a relatively low average rent of $ 663 per month.

Attalla's tenants will save about $ 1,700 over the year, compared with the state average.

With an average travel time of about 23 minutes, which is faster than most cities in the state, Attalla residents believe the commute isn't too time-consuming.

Attalla is a great place where many events are held throughout the year to make it interesting and fun for everyone.

Just like Clay, Pinson also belongs to Jefferson County, Alabama. It was originated in 2004 and is well known for its annual Oilseed Festival and Turkey Creek Nature Reserve.

Located just northeast of Birmingham, it is the ninth least expensive place to live in Alabama. The average household income in Pinson is $ 64,252, the ratio of house price to income is 2.0x, and the ratio of income to rent is 68.1x.

This small town has just over 6,000 residents with an average age of just over 39. Only 22% of dwellers rent in Pinson, as the majority own their own homes.

At $ 778 a month, the average rent is roughly equal to the state average. So, if you're looking for a one-of-a-kind place in Alabama that won't break your Bank, Pinson is the place to go.

Last on the list of "Most affordable places to live in Alabama" is Roanoke is a city in Randolph County, located between Birmingham, Alabama, and Atlanta, Georgia. It has everything you're looking for: Churches, outstanding schools, a state-of-the-art library, recreational opportunities, restaurants, hotels, organizations, clubs, and a host of great citizens.

In Roanoke, home-ownership is more popular than renting, and leaseholders benefit from relatively low average rents, which are less than the state average.

This is a great place to live, raise a family, and be a pleasant place to settle down, as retirees make up a larger percentage of the population, while young professionals are less widely represented.

Do you know of any other affordable places to live in Alabama?

It's important to weigh the cost of living in your current city with the cities on this list to determine whether it's worth taking and moving to any of them.

While the cities on this list are all great, affordable, dynamic, and impressive with stable or developing economies, cultural attractions, and strong social institutions, make sure you weigh every option available to you.

There are also many cities that didn't make this list, so you can look at them if you still feel like you need more.